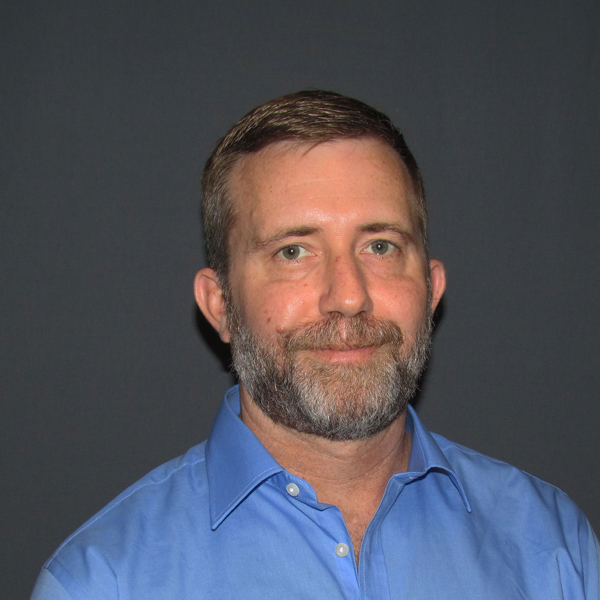 Resume and Job Description: Aaron has two college degrees. Originally his goal was to become a golf course architect, so he pursued a career in golf course management and construction for several years. That prompted him to earn an Associate of Applied Science in Horticulture and Turf Management from J. Sargeant Reynolds Community College. While doing so, he worked at a number of golf courses and country clubs in Virginia and Florida. This gave him the opportunity to learn some pretty cool things, like operating tractors, front end loaders, backhoes, and a plethora of other heavy equipment. Most of all, he learned to deeply understand and enjoy the science behind grass, trees, and plants.

Shortly thereafter, he decided to change direction and pursue a career in technology. Aaron went back to school and received a Bachelor of Science in Computer Science. Most of his IT career has been spent providing software solutions for the financial and marine service industries. He has been with Shaw since September of 2016 but also previously worked at Shaw when Spectrum was just getting started for two years back in 2006-2007.

Aaron is the Lead Software Developer of our New Client Development team. The team is primarily responsible for guiding new clients into production from a technical perspective. This includes conversions, custom development, interfaces, and many of the other tasks associated with Spectrum implementations.

Rave Review: Aaron’s manager Terry Meek says: “It is a lucky company who has an employee who is as universally respected for their knowledge, patient mentorship and positive attitude as Aaron Major. Aaron has proven time and again the ability to keep his focus and not lose sight of the final goal no matter how chaotic a project seems. He is willing to step in on short notice, pull a team together and get the job done, all while maintaining an amazingly calm demeanor. He always has time to help anyone within the company to track down the root cause of an issue, resolve the issue and, in the process, improve the application. It seems everyone wants Aaron involved with their project. When the executive team looks for input from the “doers” they always look to Aaron. At every level of the company, Aaron improves us all and, in doing so, the company as a whole. Personally, I am profoundly grateful for the opportunity I have to work with Aaron! On behalf of us all, great job, Aaron!”

Family & Interests: Aaron is married to Christy. They have two sons, Gavin and Grant, and a Welsh Corgi puppy named Gunner. Aaron is an avid golfer and loves anything outdoors. Both of his sons are in Scouts and they frequently go camping and hiking. He also enjoys listening to audio books and reading about new technology.

Perspective: Aaron says “Shaw has been a great place to work! I am constantly challenged with new opportunities as the company grows and takes on new customers. Most of all, I enjoy the friendly work environment and all of the skilled people that I work with on a daily basis.”